Like a lot of boys growing up, I always liked cars, specifically sports cars, and especially what would now be termed “vintage” sports cars. When I was in grade school, I built go-carts with my dad and brothers using lawn mower engines and bolt-on centrifugal clutches.  Dad built a full scale WWI fighter plane (which still flies today) in our garage, and my brother, Andy, had a weakness for nursing old, crippled MG and Triumph roadsters back to life.  Our garage was a gearhead’s dream, littered with tools, motors and crazy ideas. 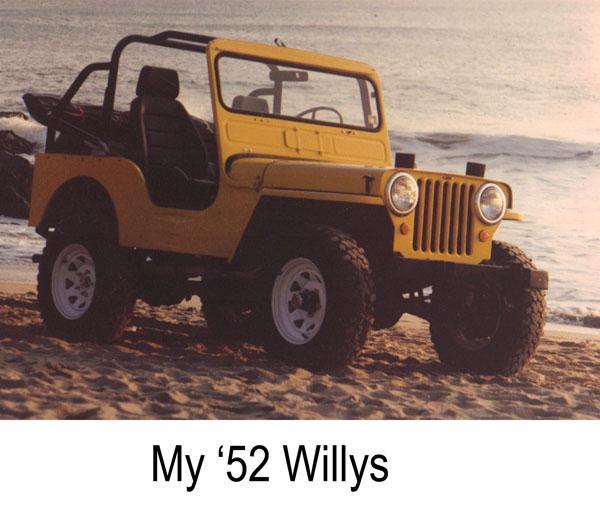 The first car I bought was a 1952 Willy’s jeep, not much different from a go-cart, really.  I loved it for how simple it was, and how easy it was to work on.  As much as I loved that old jeep, what I really wanted was a cool old sports car.  I remember seeing a 1958 Corvette when I was about twelve…I thought it was the most beautiful thing I’d ever seen.  About this same time, my uncle was rebuilding a 1957 T-bird and driving a Jag E-type.

I remember thinking what great works of art these machines were.  For a long time, cars like these were out of my reach, so I settled on drawing them.  Cobras, Healeys, 550 Porsches, E-types and early Vettes.  I memorized their body work, every line and curve.  To me, they were masterpieces.

I had to wait until I was a thirty year old surgery resident before I could finally afford one of these dream cars.  I found a 1958 Vette, a total basket case, and spent the next three years fixing it up.  I drove that car every day, rain or shine, and I never got over just how beautiful it was.

As a work of art, it was stunning, gorgeous, breathtaking, but it was a bit of a let down from a mechanical standpoint.  With its drum brakes, primitive suspension, bias ply tires and cast iron motor and transmission, (all state of the art for 1958) it drove like a school bus.  That really bugged me.  I started modifying the car, but that just hurt its value.

In 1993, I decided to design a car of my own, almost more as an art project at first.  The goal was to incorperate all of the styling elements I'd studied for decades, but with a more modern mechanical platform.  I started by building a small scale model, then later a full scale model which I sculpted out of foam and Bondo.

It took me five years to complete the full scale model, but, when it was done, it was exactly what I wanted.  I've spent the last seven years making molds from that full scale model, and then making body parts from those molds.  Carl Coleman did all the mold work and helped me design a chassis.  It's a basic ladder frame with Mustang II front suspension and steering, a Currie 9" Ford live axle, coil overs and 11" disc brakes on all four corners.

In the spring of 2008 we mounted the bodies of two fully operational prototypes on their frames. Both are currently fitted with 350 TPI motors and T-56 manual 6-speed transmissions, though I'm now reading up on all-electric and hybrid alternatives. 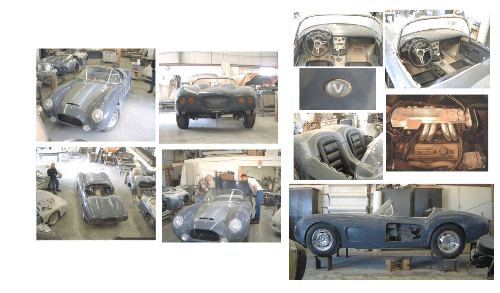 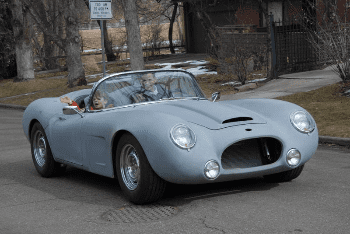 In January of 2010, prototype #1 was finally running, and I drove the car of my dreams for the first time! I've been on cloud nine ever since, it is awesome! I still have a lot of work to do before these cars will be finished, but I think its realistic to shoot for paint and upholstery later this year (2010) and I could have both cars completely finished by the end of 2012 (only 19 years after I started the project!!). 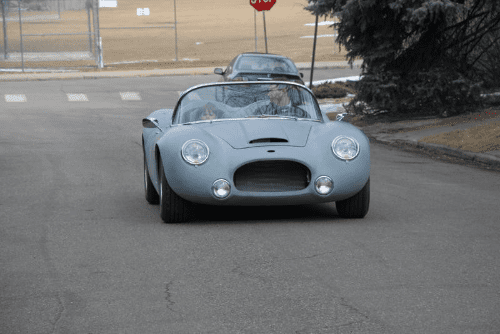 At this point, (late 2011), the first prototype car is out of the paint booth and for the first time since starting the project in 1995, I am seeing what my design actually looks like.  I can finally see the body lines on this car, and they flow exactly how I had hoped they would.  None of the sketches, the clay models, the full scale bondo models or even the car itself in primer had the high gloss finish necessary to show the aesthetic design of the car.  Up until now, I have had to try and calculate, estimate, and/or imagine how the car would look finished, and now, at long last, the final look is revealed and it surpasses my expectations.  That part really surprised me.  In most instances, on this or any other project I have undertaken, I design something in my head, then try to execute that design as a three dimensional (or in paintings, a two dimensional) object.  In that process, the harshness of reality can be a real problem.  No mater how satisfying the completed project is, there is always at least a tiny hint of disappointment when the finished product doesn’t quite live up to what I originally had in my head.  For example: to enjoy the practicality of doors with windows that roll up, I had to make the doors a little longer and a little taller than they were in my imagination’s version of the car.  The rear clip had to be a bit wider and a bit higher to accommodate the retractable hard top that fits in the back.  For reasons way to complicated and boring to go into here, the windshield had to sit with a bit more vertical rake angle (not as slanted back) compared to what I thought was aesthetically ideal.  All of these and thousands of other compromises in my original design had to be made to make this a real, working, drivable automobile. 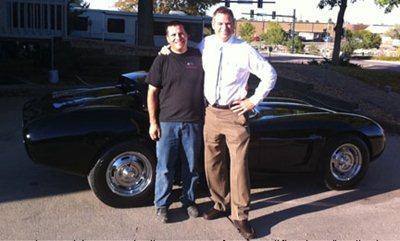 A photo with me and Mike Gerace of "HotRodifications." Mike is responsible for the amazing paint job and countless other parts of the project. He is awesome!

But when Mike Gerace (who did an unbelievable job of prepping the body and painting the car) finished buffing that last layer of clear coat and rolled the car out into the sunlight for the first time, the lines on the car came to life in a way that was actually better than I had imagined.  Next step: finish the interior of the first prototype (the black car) and start working on the second prototype (the red car). 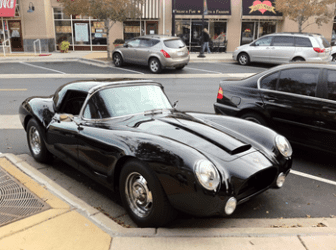 Convertable to sedan in less than a minute! One unique feature of the car is that there is a retractable hardtop that stowes in the rear of the car and can be easily put on when the weather gets bad.  With the top on, windows rolled up and the heater on, it's very comfortable in cold weather.

The 1st prototype (the black car) is essentially finished.  I drive it every day and now have over 8,000 miles on it.  It is fantastic, fun to drive and great to look at.  I still haven't found a grill design I am happy with, so I am content to just leave the "mouth" open for now.  The interior is finished and looks and works great.  Lots of guages, AM/FM/MP3 sound system, a good heater, glove box and a great pair of custom racing seats with 3-point seatbelts.   I wired one of the dash buttons to my garage door opener so I don't have to fumble for that clumsey plastic box anymore. 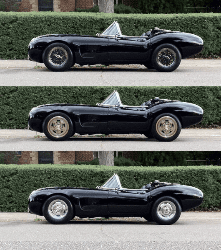 The retractable hard top has got to be my favorite feature.  The original version is a bit heavy for one person (42 lbs), so I redesigned it and it now weighs in at a manageable 20lbs.  I built two of the lightweight tops, one for each of the two prototypes.  They need paint, upholstery and weather stripping, but should be ready in a few months. 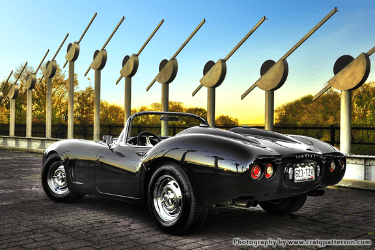 I had hoped that the red car would be farther along by now, but it took longer than I thought to incorporate the modifications I needed to make to upgrade it.  It will have many improvements over the black car, the most exciting will be the LS1 engine, which will add another 50 horse power (350 now) and help the car get over 30 mpg.  The red car is well under way at this time, and it will likely take another year to complete it. 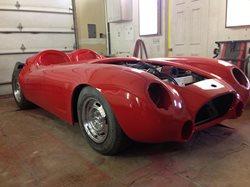 It’s now January 2015!  The Black car is still running like a champ.  I now have 15,000 miles on it and drive it every day.  The red car is still in progress.  Many of the things I did on the black car have been updated and improved for the red car.  Upgrades include the engine, which is now a 6.2 liter 372 cubic inch Corvette LS3 which I bought brand new directly from GM.  This engine is 100lbs lighter than the engine in the black car, it has 130 more horsepower (430 vs 300), and it gets 10 mpg better mileage!  I had to update the transmission to a T56 Magnum to handle the extra power, and the front and rear suspensions were redesigned now that I know my weight distribution and other inputs better.  The rear of the car still opens up to yield access to the hard top and trunk space, but it does it differently so that I can get in and out of the trunk without having to remove the top (an annoying aspect of the black car).  This change will also improve rear impact safety, and it doesn’t change the look of the car.  I’ve switched to wire wheels now, with knock offs and painted spokes, and they give the car an entirely new look, which I find awesome.   At this point, the red car has the engine, transmission, fuel lines, brakes, brake lines and fuel tank installed.  The frame and suspension are finished and painted.  Next step is the engine and chassis wiring, exhaust, gauges and seats.  Then I plan to fire it up and drive it a bit to work the kinks out.  Then paint and interior and it will be finished!!  Stay tuned, I can’t imagine I won’t have it done by the end of this year (famous last words!) 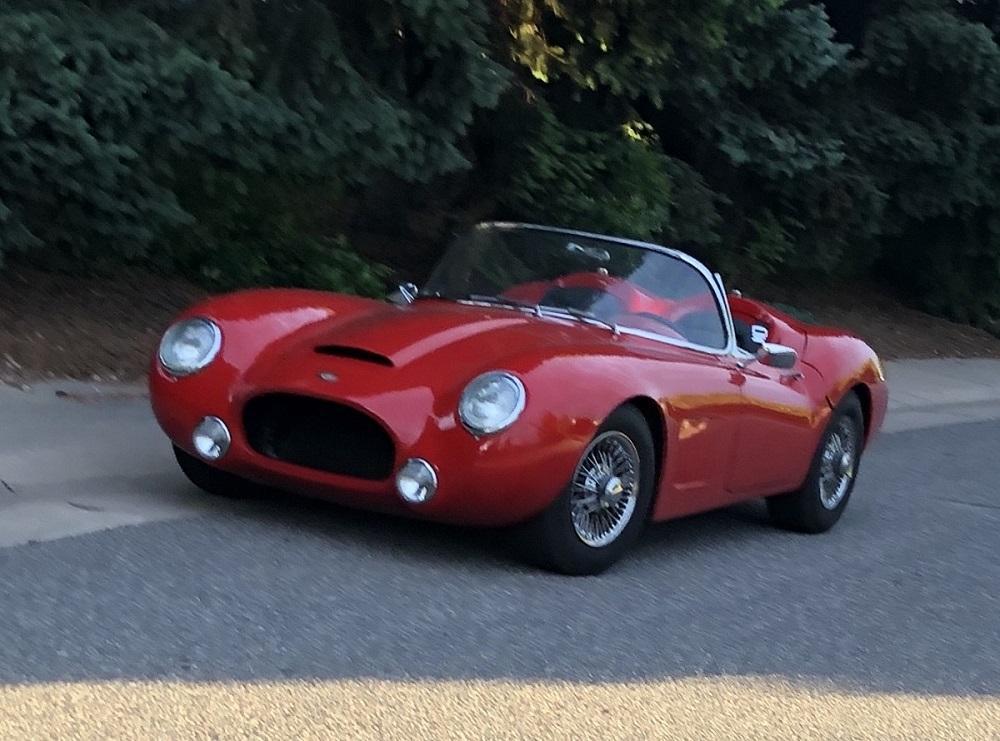 I can't believe its been 5 years since I updated this section! The red car is finished now. It came out great, and the extra horsepower is a lot of fun. Next up? Maybe an all-electric version! Stay tuned...
Check out the podcast here: TeamClearCoat Podcast - Episode 163 - Ted Parks of Varsity Roadsters